Samsung is said to be developing a special smartphone to compete with Apple’s iPhone 12 next year.

According to a recent patent file from the South Korean tech giant, the company may be working on a sliding screen smartphone that can be extended vertically.

This type of screen has a 21: 9 aspect ratio, large screen length, not width, will bring a great cinematic viewing experience, like the movies on Netflix.

This type of flexible OLED screen design is said to fold at the bottom, winding around an axis. When sliding up, the screen will expand 25% more.

The device is said to be one of Samsung’s most advanced smartphone designs, with a leather-wrapped back and a metal frame.

This type of extended display is Samsung named Waterfall Display. It is not the same type of screen that Huawei equips with Mate 30 Pro which is expanded on both sides. 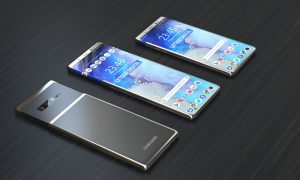 However, it will not be possible to use the entire screen of this type because it is blocked by the frame containing the sliding mechanism.

Some rumors earlier this week said that the Galaxy S11 and S11 + would be Samsung’s first physical buttonless smartphones. In addition, there may not be S11 and Note 11 that it will merge into Galaxy One.

In fact, this is just the first leaked information about the Galaxy S11 and it is too early to draw conclusions about the flagship Samsung will launch early next year.

Related Articles
We will be happy to hear your thoughts

HomeLifeTech.com is a participant in the Amazon Services LLC Associates Program, an affiliate advertising program designed to provide a means for sites to earn advertising fees by advertising and linking to Amazon.com.

Latest News
Get in touch with us